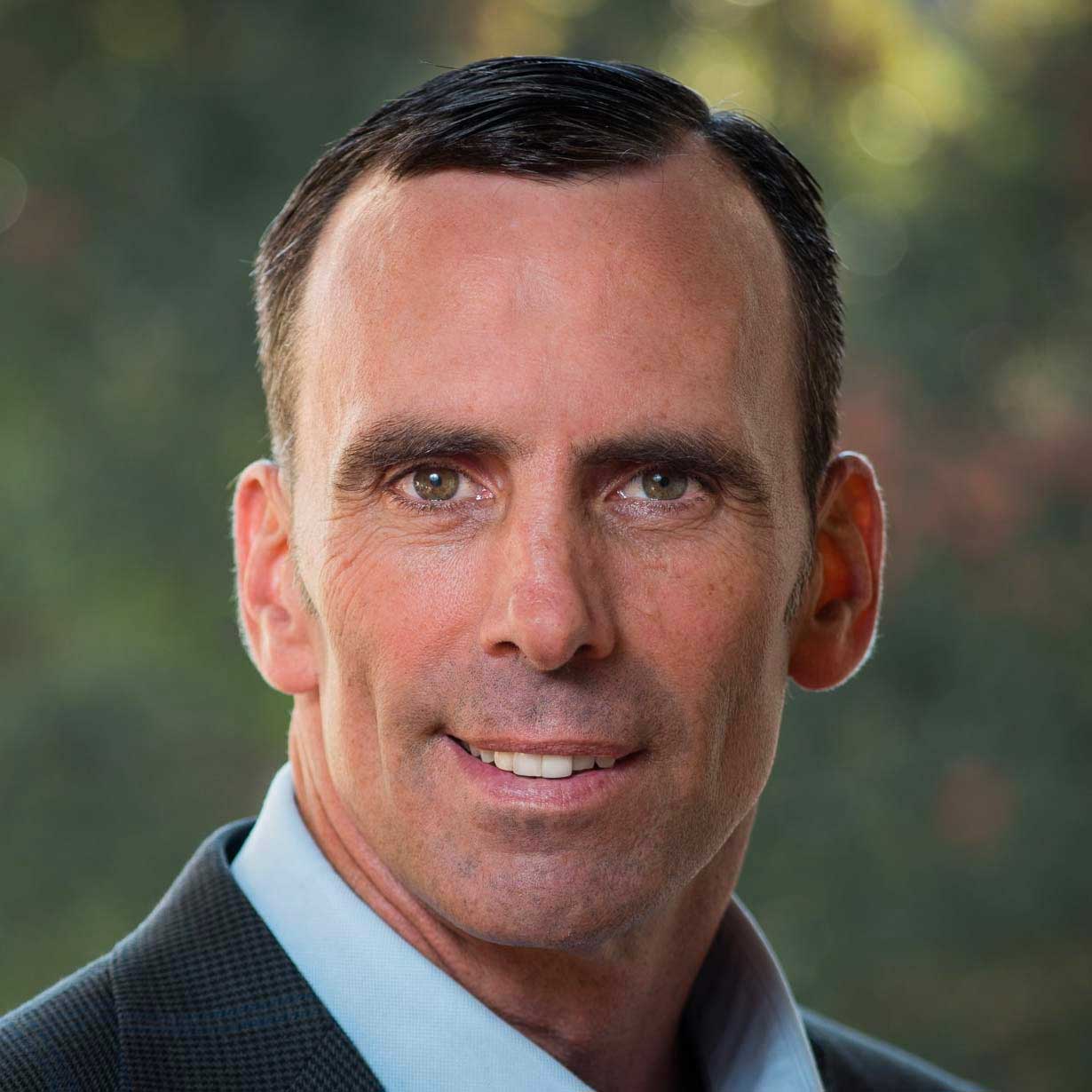 A Donor Advised Fund (DAF) is a charitable giving account offered by financial institution charitable sponsors (eg. Charles Schwab, Fidelity, etc.). The DAF is treated as part of the larger 501(3)c charity controlled by the charitable sponsor. Assets contributed to a DAF are irrevocable and become property of the charitable sponsor. DAF accounts are conceptually similar to charitable foundations; both are created with the purpose of eventually distributing all assets. However, DAFs offer several benefits versus donating to a foundation or giving directly to a chosen charity.

The 2017 Tax Cut and Jobs Act doubled most individuals’ standard deduction, eliminating the incentive for many tax payers to itemize. However, for those that will still itemize deductions, a DAF might make sense. A DAF is useful if there is a mismatch in timing of a large tax event and the desire and/or size of charitable donation. If a client has a large liquidity event in a given year, they can set up a DAF and contribute fully to offset taxes in that year. Additionally, the DAF allows the client the ability to adjust timing of their ultimate distribution to their favorite charity instead of giving it all away in one year. Setting up the DAF also eliminates the risk that a carry forward  itemized deduction strategy is undermined because the client’s Adjusted Gross Income (AGI) is best offset by the standard deduction in future years. In such a scenario, the client will lose the itemized deduction benefit. Although clients can only advise (as the name implies) the charitable sponsor on where to send donations, this feature should not dissuade the donor; as long as the receiving charity is legitimate, the charitable sponsor shouldn’t object. 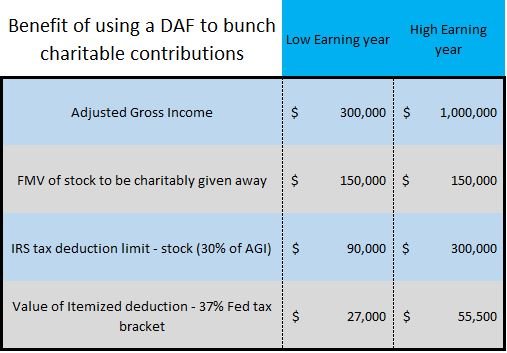 Another compelling reason for setting up a DAF is the treatment of non-cash or non-public securities charitable donations. Most public charities are ill equipped to handle donations other than cash or public securities. The charitable sponsor offering the DAF option is usually large enough to handle almost any asset that can be reasonably valued. Compared to a typical charity, the charity sponsor will have experienced legal, accounting and administrative staff necessary to manage a diversified, multi-billion dollar asset base. Such an organization can typically handle:

Charitable sponsors prefer assets that carry no debt; the sponsor is loath to accept liability for Unrelated Business Income Tax (UBIT). As such, a client contributing interests that usually carry such indebtedness (LLCs, Hedge Funds, Private Equity, etc.) will need to contribute additional cash to cover those liabilities. Most sponsors with use third-parties to determine Fair Market Value (FMV) of non-cash/non-public assets. Here lies the distinct advantage the DAF has over a private foundation; such assets can be contributed at FMV instead of the likely lower original cost basis. 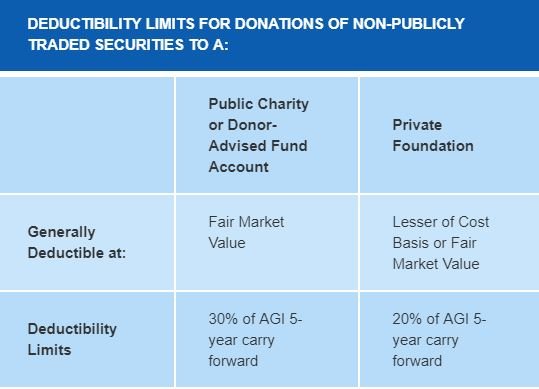 Without the use of a DAF, an individual wanting to donate non-public assets as source for charitable giving would have to sell the asset. Doing so will be a taxable event. Below is a simple example that demonstrates the significant economic effect to both the tax payer and the charity of the cash option; both suffer. 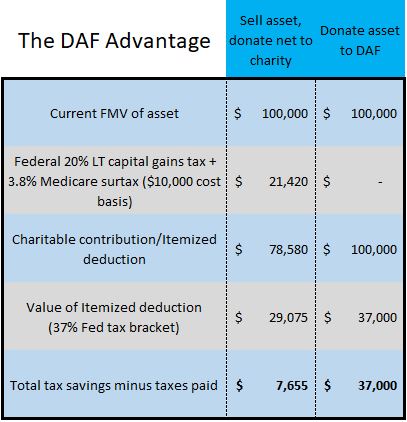