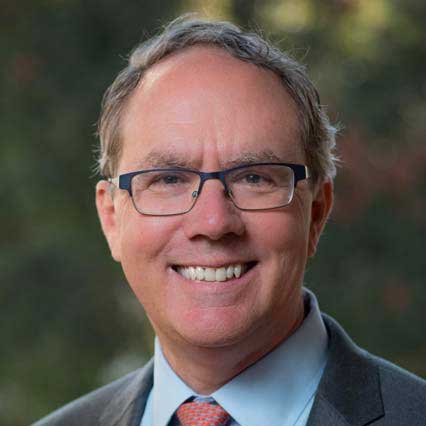 For most of the past twenty years, the correlation between stock price changes and bond price changes was negative. Fixed income investors could rely on bonds to make money when stocks did not. This made bonds an excellent diversifier in multi-asset portfolios. While we investors would often grumble about low bond yields, we would still include bonds in our portfolios to obtain this diversification benefit.

Those days of diversification have recently ended, and with a vengeance. In the year through May 5, 2022, the S&P 500 index lost 12.6%, while investors in US 7 – 10-year Treasury Bonds lost 11.2% – nearly as much1. Instead of protecting equity investors, fixed income positions contributed to the damage in investor portfolios. 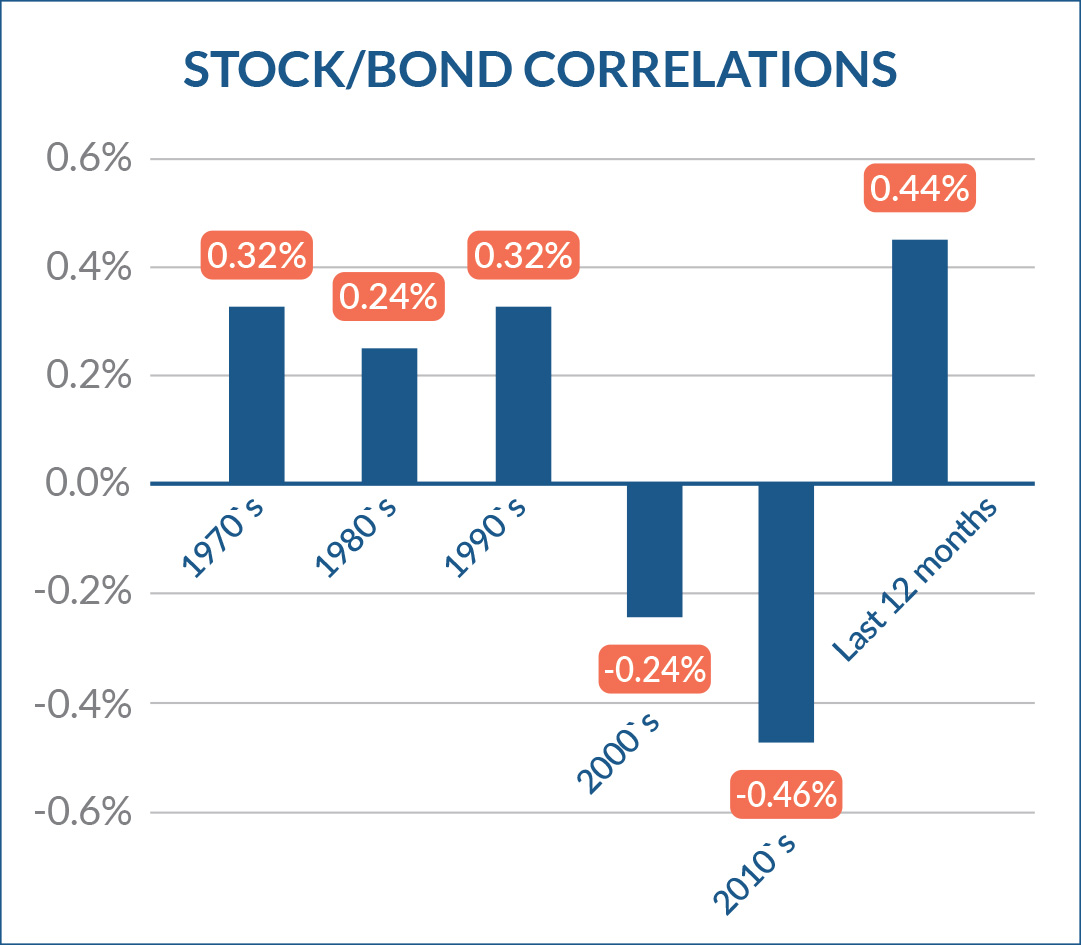 The chart2 on the left illustrates the dramatic recent change in stock/bond correlations. When inflation concerns began to get the attention of bond investors last year, the correlations switched significantly from negative to positive. The past twelve months resemble the 1970’s and 1980’s much more than the 2000’s and 2010’s. In the 70’s and 80’s changes in inflation were the dominant factor moving bond prices. In the 00’s and 10’s, inflation was quiescent and changes in bond yields were primarily the consequences of changes in economic growth.

The right chart3 shows the return of the US Treasury Bond relative to cash in four different economic environments. The environments are defined based on whether US inflation and GDP growth are rising or falling. As the chart shows, the worst combination for bond investors has been when inflation is rising while the level of real GDP growth is falling. Unfortunately, this is the environment we are in today.

As long as the Fed is fighting inflation but has not yet won, there’s a continuing risk of poor returns from both stocks and bonds. But once victory over inflation is obtained, the high correlation between stock and bond prices will work to the benefit of investors. At that point, both stocks and bonds should rally together, as happened strongly after the US inflation rate peaked in the late 1980’s.