What is the middle class of a country’s population? The generally accepted definition is the segment of population earning between 2/3x and 2x the median household income. Of course, numbers can be deceiving as what passes for middle class in the developed nations could easily pass for rich in an emerging country. That’s why any comparative analysis must be made on a purchasing power parity basis. Emerging Market (EM) economies have had impressive growth rates in percentage of population comprised by middle class citizens. Correspondingly, the percentage of middle class in Developed Market (DM) general populations has stagnated. 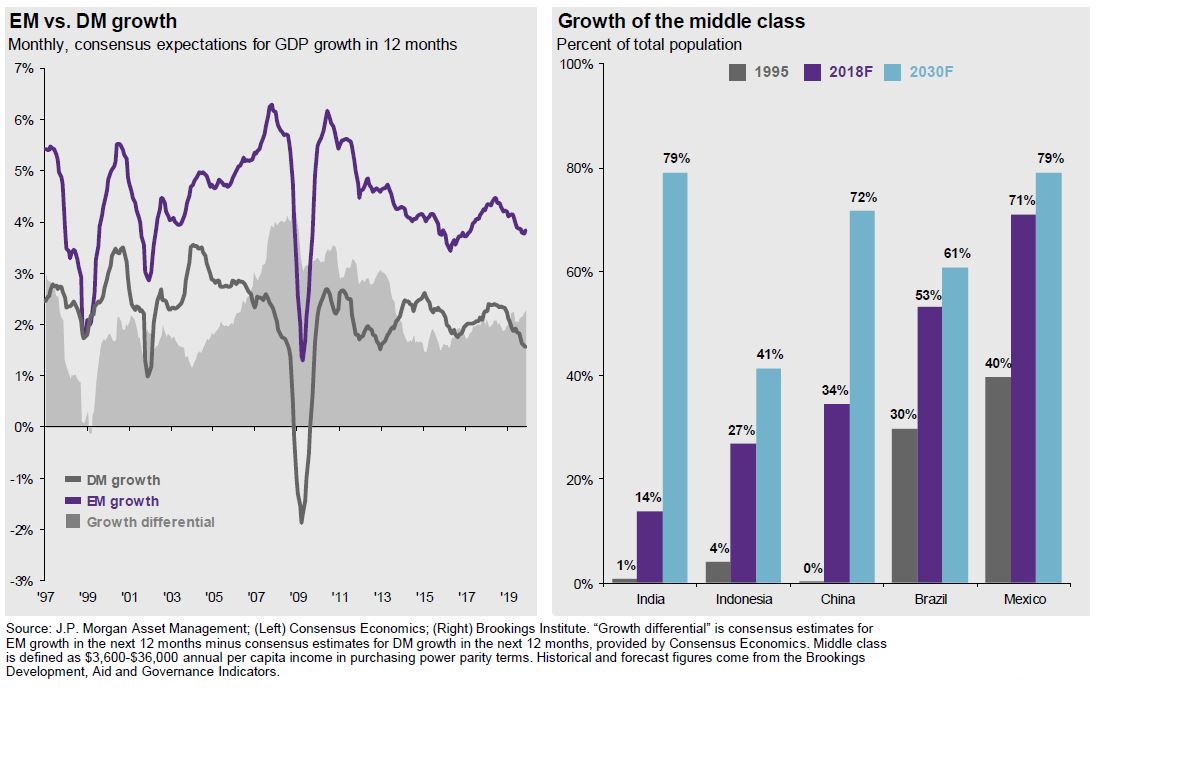 Gross Domestic Product growth has always had a strong correlation with an expanding middle class. The middle class is the consuming engine of an economy. More cars, more food, more housing, more schooling. Demand leads to growth in construction, factory output, goods and services; all helping fuel GDP.  According to Homi Kharas of the Brookings Institute:

It may surprise that the current size of the Peoples Republic of China’s middle class is larger than the entire population of the US. The US, has in fact, experienced a marked drop in the middle class to total population ratio over the last 50 years. See the chart below. 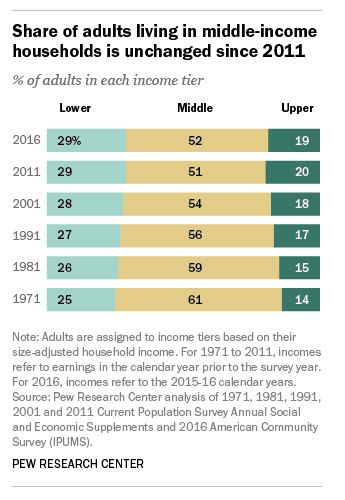 Yes, arguments can be made about  how tax policy, technology improvements, expanding philanthropy have offset some of the loss in US GDP fuel. The expanding wealth class spends higher per-capita amounts on consumption, and certainly, investment. But the segment’s contribution to GDP growth is negligible compared to the middle class. At some point equity valuations have to correct for these mathematical realities. Emerging Market valuations are significantly cheaper than those found in the US. Yet, the EM future seems to be brighter…