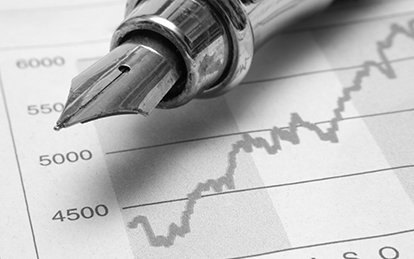 March 2020 marked the statistical end to the longest running bull market in US modern history. 132 months, exactly 11 years after the Great Recession bottom in 2009. A bear market is defined as a 20% decline from the previous market high. Market highs were reached February 19th, lows roughly one month later. The market’s violent action was in response to the COVID-19 pandemic which slammed the brakes on global economic activity.  Nonetheless, global economies are undoubtedly in economic recession and will be so for at least the near future. Where we go from here is speculation, but it will eventually end and recovery will begin.

Historically in times of economic contraction, investing in value stocks tends to outperform investing in growth stocks as investors become more defensive in portfolio allocations. The graph below shows relative performance differences under various seasonally adjusted annual rates of growth for Gross Domestic Product (GDP – SAAR). While value investing has been academically proven advantageous over long periods of time, there is little doubt that in periods of near-zero GDP growth or recession, value investing prevails. 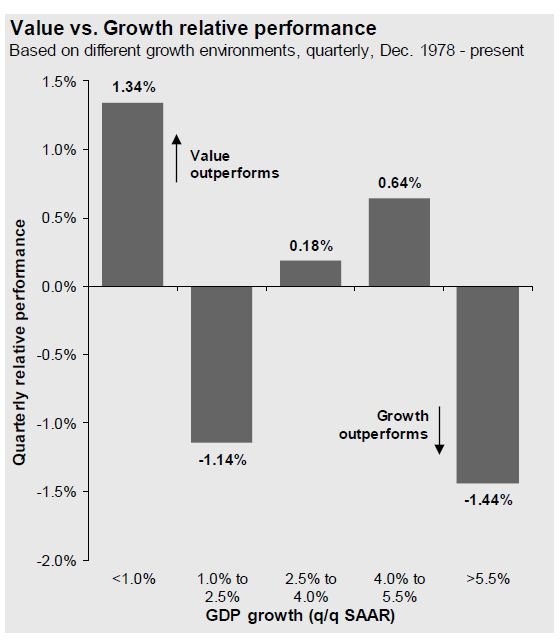 How markets behave as this recession plays out is a significant unknown. Already markets have strongly rebounded from their late March lows as Central Banks have flooded markets with liquidity and governments implement massive fiscal stimulus programs to cushion the negative effects of abrupt stops in economic activity. Should markets have rebounded so strongly? We have our doubts, but markets have become addicted to central bank liquidity and when the mother-of-all-liquidity infusions takes place, we are not surprised by market reactions. Academic theory states current markets empirically price in all that is known into asset valuations. We submit much could quickly change perceptions:

No one really knows the answers to all these questions. Stocks may be in for a wild few quarters as all these forces exert their influence. Value should outperform as strength of balance sheet and resiliency of earnings should buffer such companies in recession. Additionally, if it was tough to earn economic return with the 10-year US Treasury at 2%, what will it be like when the same security is paying 0.50% per year? Odds are good investors will make more return over 10 years in equities than a US Treasury.